The study was conducted in the period 2015-2017 in the experimental field of IRGR „K. Malkov” Sadovo. The elements of productivity of 24 varieties and lines of triticale (X. Triticosecale Wittmacks) were studied. The degree of variation of each of the indicators of productivity is determined by calculating a coefficient of variation. The results obtained show that the most variable indicator is the weight of grains in the central spike whereas the slightest variation is observed in the parameters of test weight and 1000 grains weight. Hierarchical cluster analysis and analysis of the main components (PC-analysis) are applied to assess the genetic similarity and distance between the different varieties. As a result of the clustering the studied samples were divided into six groups. The varieties Trit 32/6 and KS 60 are characterized with the greatest genetic proximity, followed by line BGR 30071 with the Bulgarian variety Rozhen. The largest genetic difference was reported between line BGR 30816 and variety KT 81. The applied analysis of the main components shows that the components PC 1, PC 2 and PC 3 explain 70.6% of the total variation of all traits by genotypes. The largest numbers of samples (9) belong to component 3, as four of them are located in the negative values of PC 3, and the other five genotypes are in the positive values of PC 3. Component 1 is represented by eight samples, and component 2 includes seven triticale genotypes. 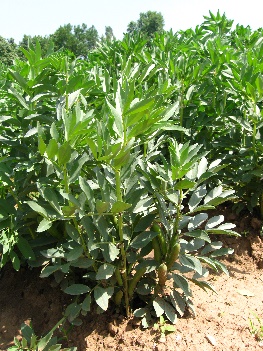